As we develop ideas in response to society's needs fundamental to progress, so do we capture these into the architectural forms we create today.  Foremost in societies' minds is how to become more sustainable, a manifestation of humanity's basic primal instict for survival.  There is a commitment and purpose in how architectural forms and our urban landscape are shaped to ensure for more sustainable results whether to do with its economic, social or environmental aspect.
Taking a close look at the Bennelong site and how it sits in context within the Sydney urban landscape, the main aspect I'd like to focus on is how we could use parametric modelling to create architectural elements that are responsive to the demands and restrictions of that site to ensure its socially sustainable progress.
There is an inherent problem with the location where the Bennelong Apartments sit.  Any development on that site would limit or block views from every direction.  Any looming structural mass in such a confined space must be avoided and to establish an expansive development at ground level would discourage and cut off pedestrian circulation as well as sever any networking possibilities with adjacent or surrounding points of interest such as the Royal Botanic Gardens. On the otherhand, facilities are required on that location.
How do we therefore resolve such contradiction?


In my research I looked at different aspects of surface architecture.  It is by definition not limited to its visual representation but the identity of the building as a whole. It considers the look and feel as well as its functionality and how it sits in the context of its  environment that gives a building character.
This character forming is an architects response to the demands and restrictions imposed on and are specific to a site.  They represent ideas of how the building responds to the need of its users as well as encourage a certain impression on others.
An example of this is the work of Herzog & de Meuron with the Elbe Philharmonic Hall, Hamburg Germany.

The use of glazing on most of the exterior stems from their ideas of being able to meet and respond to a specific need. In their design, they were able to achieve a less dense looking building as well as provide multiple facilities as required.
The Elbe Philharmonic Hall sits on a site that is not so dissimilar to that of the Bennelong site which has comparable demands and restrictions.

OPTIMISED USE OF REFLECTIVE SURFACES

In my parametric modelling experiments, I looked at creating different surfaces that could also potentially create a similar effect but more specific to the Bennelong site.


The following iterations show how a surface can be designed or arranged to make its reflections more purposeful.


Finding inspiration in the idea by Herzog & de Meuron on their use of glazing, I extended that concept in a way that would meet specific requirements in the Bennelong site.  By using attractor points or attractor curves that represent a specific element, I was able to create surfaces with a variation in its form.  For example, should the surface of a building be facing mainly North, then maximum sun exposure is to be expected. In using the solar path as an attractor curve, I am able to create a surface that is responsive to its environment.  In the Bennelong site, to create a building that is less dense or less baulky in appearance the use of this system on reflective surfaces can achieve such goal by aiming to integrate the building in its environment and reflecting only aspects such as the harbour or the blue skies and that are conducive to making the building appear near transparent or having chameleonic properties.

These iterations demonstrate how surfaces can be arranged or impressed upon to achieve a less baulky or less dense appearance. 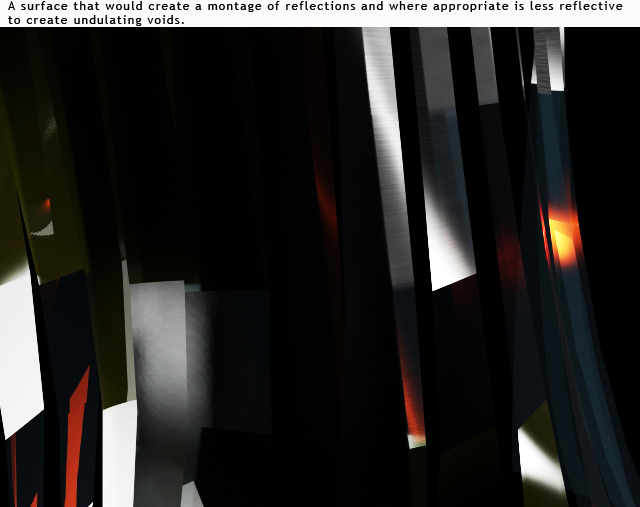 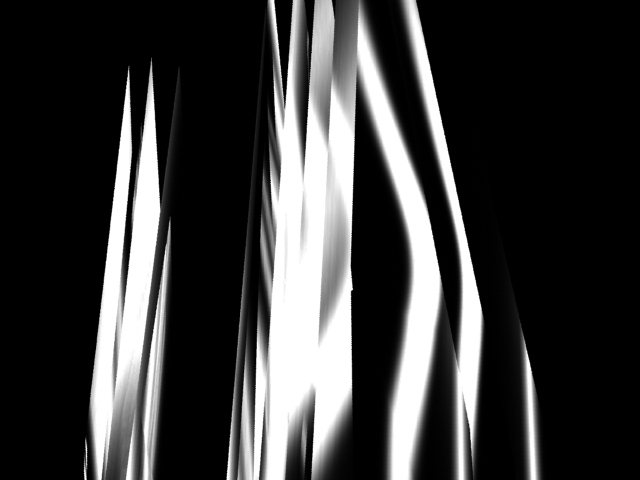 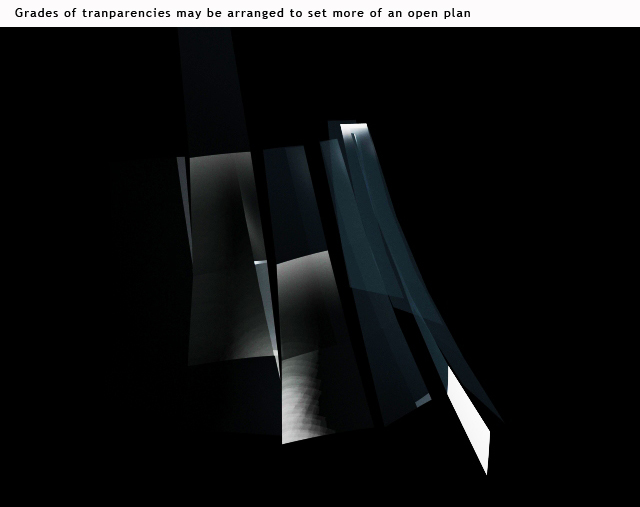 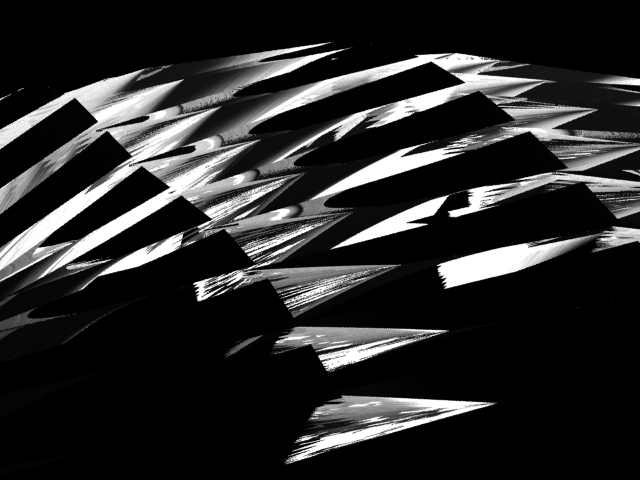 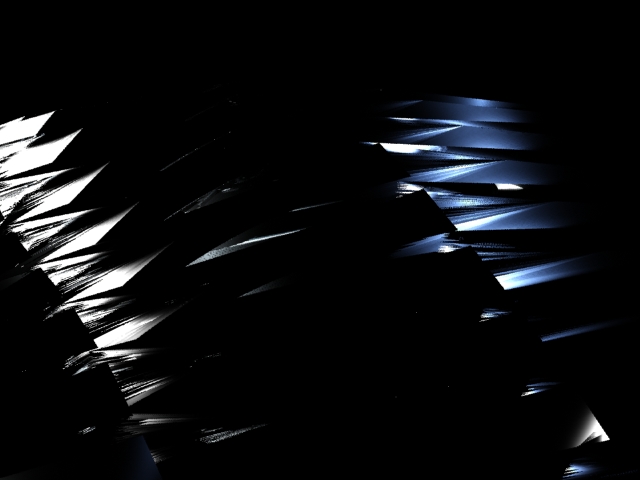 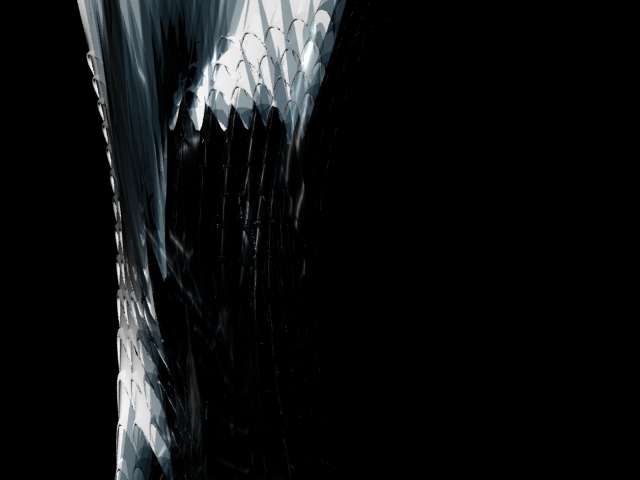 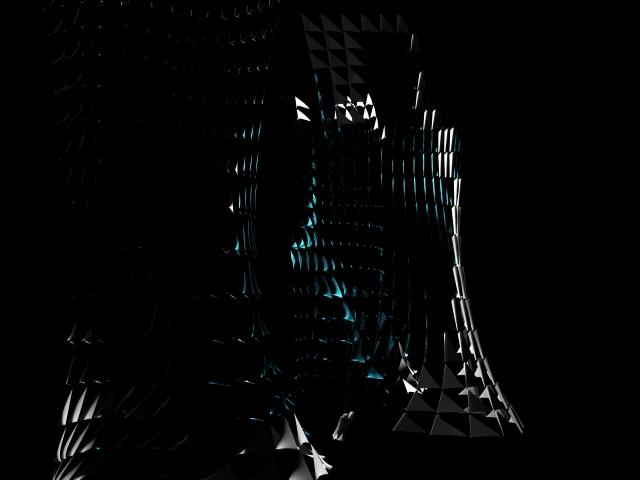 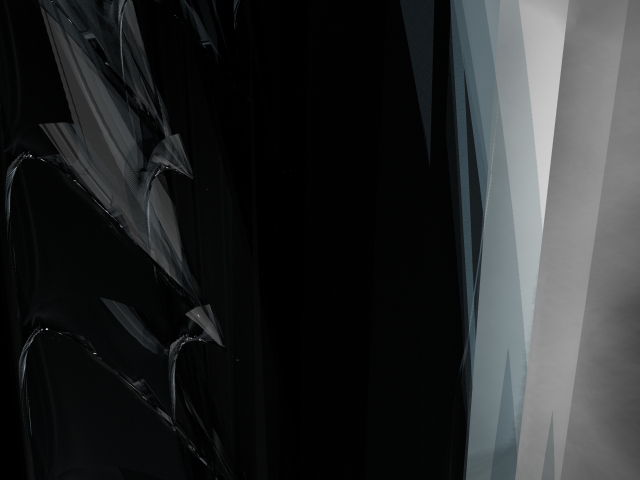 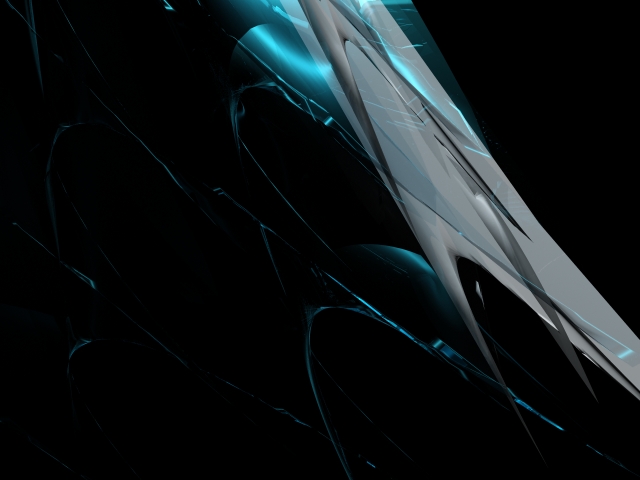 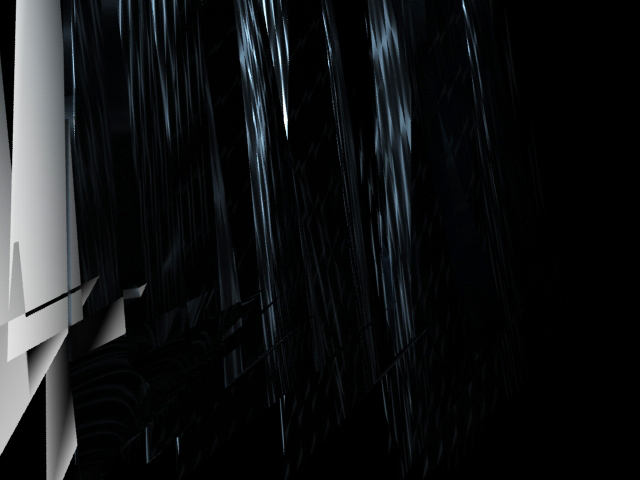 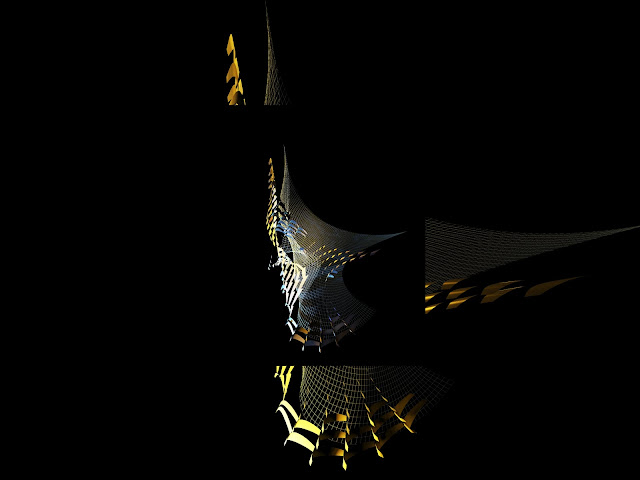 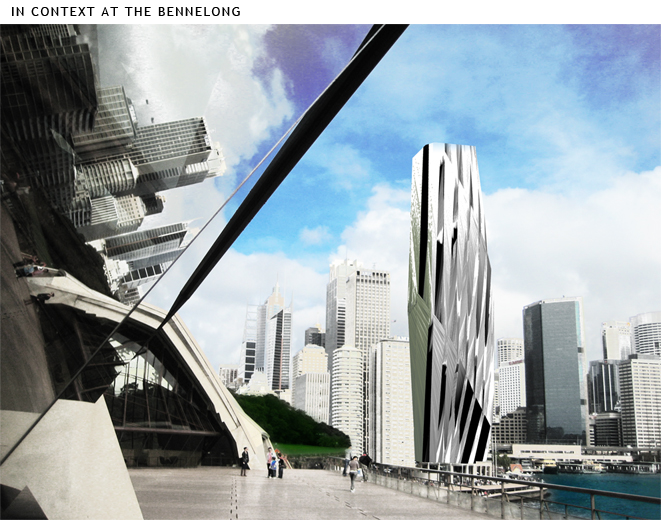 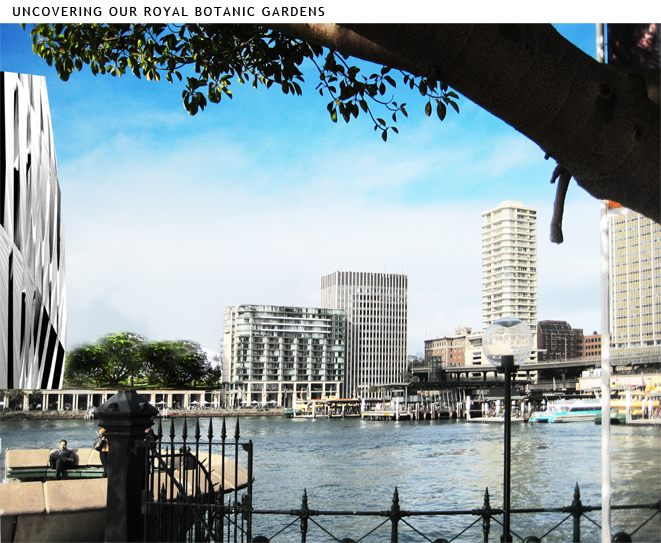 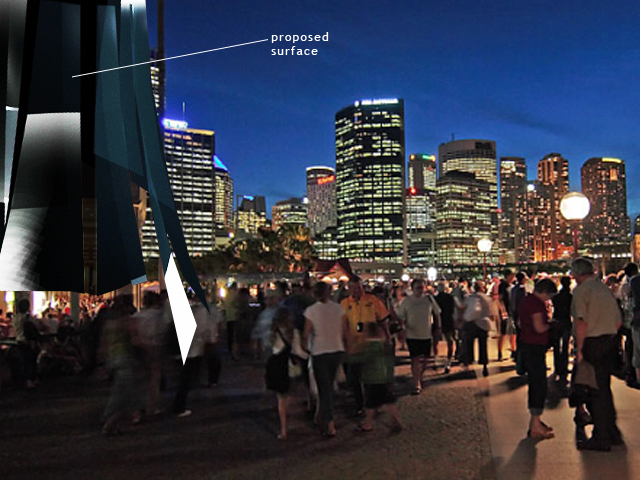 
To represent this concept I've created a model of a curvilinear surface made of acrylic, a reflective material.  Iterations on its form is represented by the stepping of the surface. 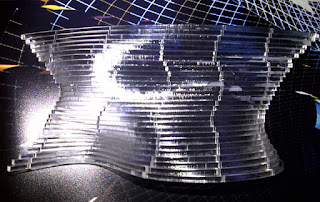 BASIS FOR A MODELLING PROPOSAL

From my perspective, we live in a world of evolving possibilities with technological advancement as a vehicle that takes us there, on the otherhand it is also what drives and stimulates us to generate more and innovative ideas at an exponential rate.  These ideas are realised in many forms, in the way we live and the environment we create for ourselves.  My research will look into aspects of ideas formed (in particular aspects of design relating to surface architecture and/or topology); and factors that determine the choices made that relate to how our society is shaping our urban form.
The focus of this research will be on themes of sustainability and surface architecture.
Here are some books that are 'foods for thought' and influence how I form my views on these topics -
From a basic perspective using 3d modelling as a tool, the following iterations represent how I conceptualise the essence of sustainability - the endpoints represent the factors to be incorporated to attain a sustainable result. they are set out in a grid as they are inter-related and make up the basic framework of the urban form. these endpoints are connected by arcs or lines originating from one main central point which represents the users or our society today. the arcs represent decisions and ideas; the pipes that run along these represent the resulting surface architecture - as a whole, this is the sustainable urban form. 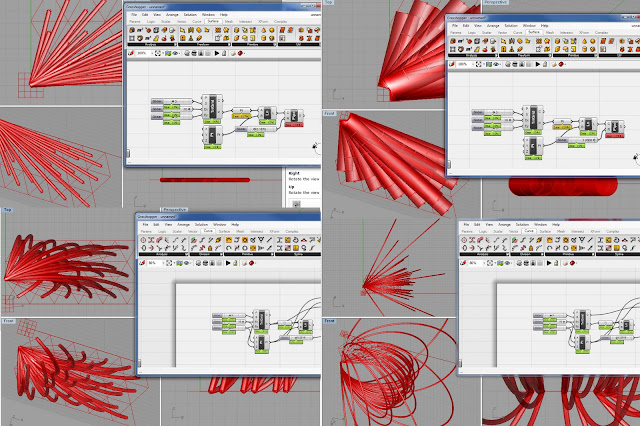 here are some images of buildings as samples of the culmulation of ideas and decisions relating to sustainability and surface architecture. they contribute to the whole make up of our urban form: 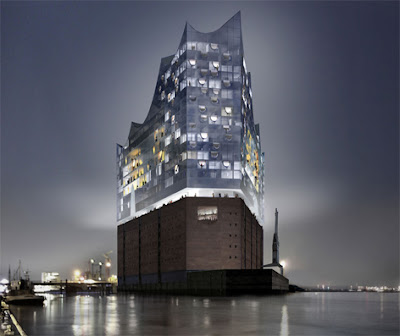 STAY TUNED! - THIS EXPOSITION WILL BE SUPPORTED BY REVIEWS ON THE POINTS OUTLINED IN THE ABOVEMENTIONED BOOKS, THEIR RELEVANCE TO OUR URBAN LANDSCAPE AND HOW THEY CAN BE ADAPTED TO FIT THIS PURPOSE.

- an esoteric sentiment
I wanted to do an experiment on a topic that is relevant.  Relevant in the way it affects human behaviour and similarly, finding a parallel analogy.  I chose a topic that relates to trees as I see beauty in these primitive elemental forms.  Their constant presence is indicative of their unacknowledged relevance to our existence in more ways than one or in the traditional sense that we need them for our basic survival.
This exploration is presented in an interactive document.  There is progression of thought when one reads through the content.  I have also presented these primitive forms in scenarios that are in context with the ideas presented.  These structural forms are made using a simple formula.  There is intent in the variables used.  I was able to arrive at a result that will best portray my ideas.  Much time was spent in rendering these forms.  This particular aspect  is very important as getting the right effect would enhance the experience of this exploration and thought process.
The images as you see in the progression are displayed so as to maximise their impact.  The presentation as you can see is more philosophical in nature and as you go through each progression, the images are presented in a way to captivate readers and evoke feelings towards the direction of the ultimate concept.  Also, note that this presentation is best viewed with contemplation and an open mind.  Take time to appreciate the beauty of its form and structure.
For me, the goal of this whole exercise is to present an idea or a concept, something that is intangible and abstract and turn it into something more physical and concrete, using 3D modelling as a tool.
Here are the 6 scenes from the presentation:- 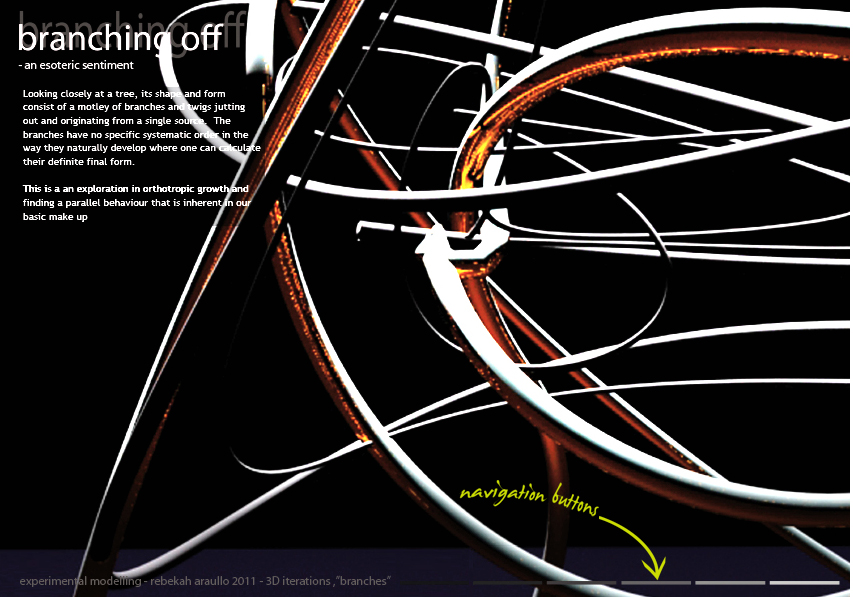 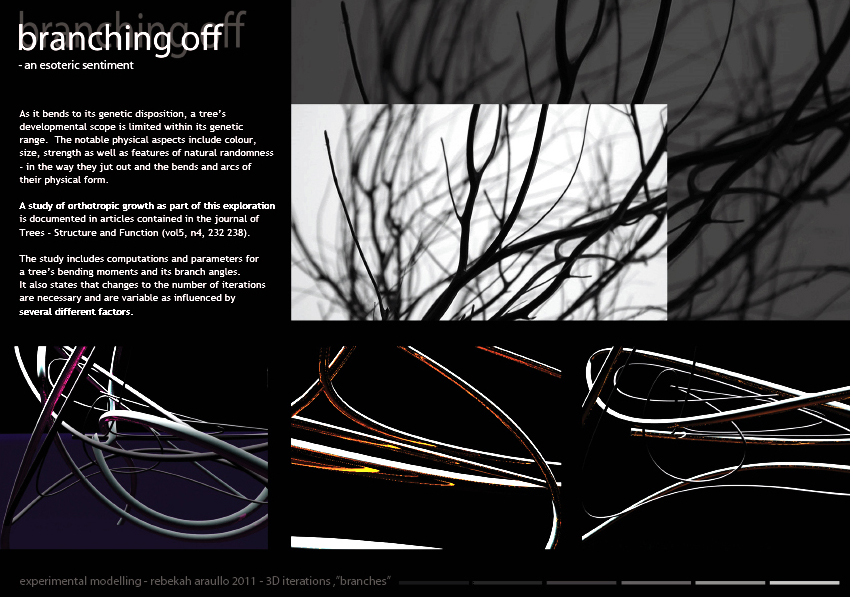 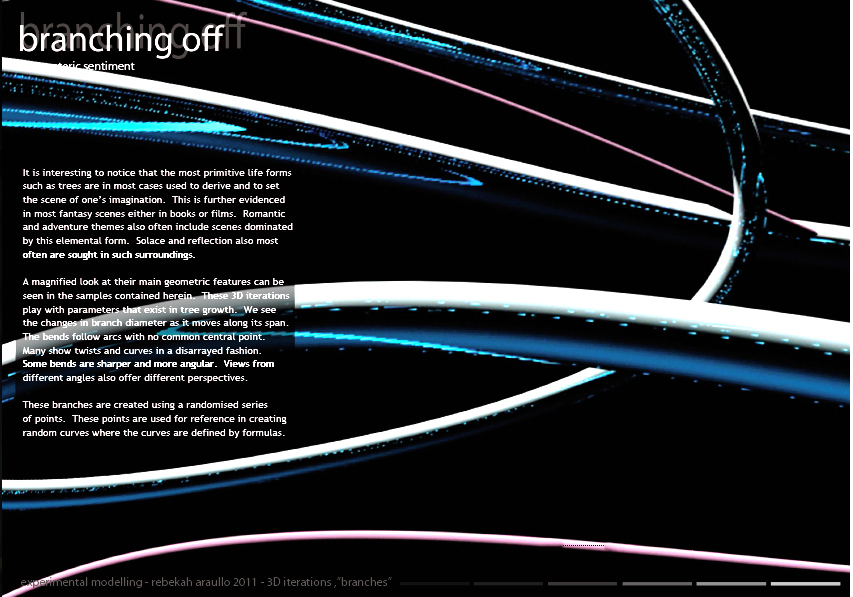 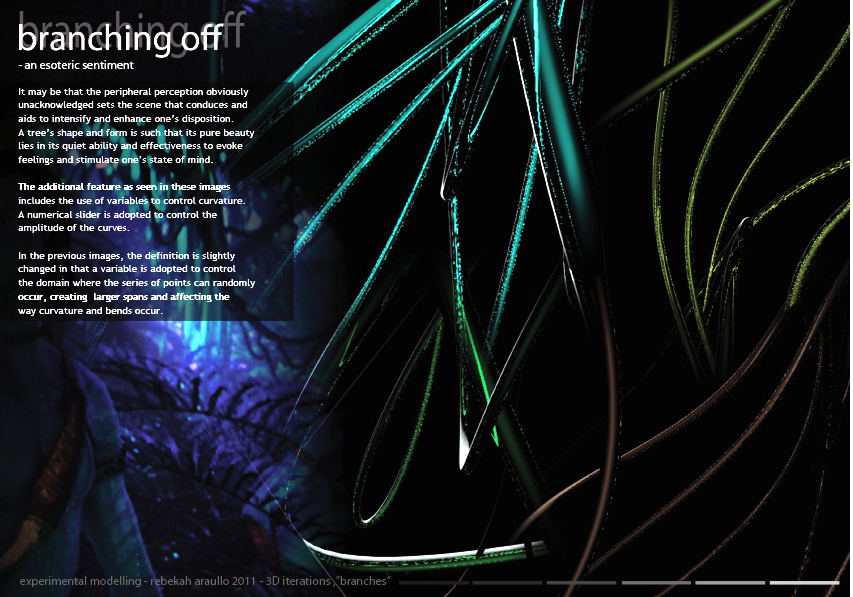 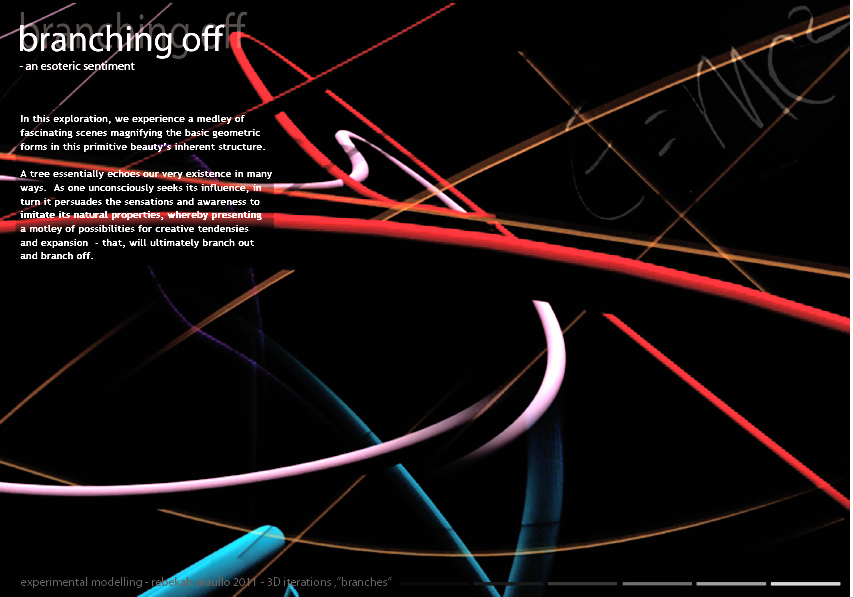 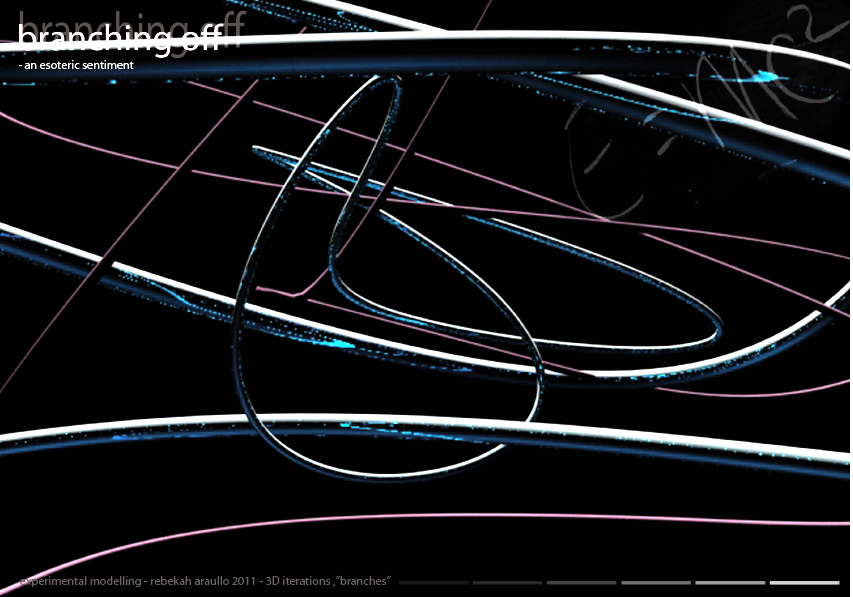 These beautiful forms can be created using a simple formula:
This formula represents random points that occur within a specified domain (x,y,z).
These points are then used as reference to create the curvature and the arcs.  These can then be controlled by sine and cosine definitions with sliding variables.  The diameter of the branches is also a variable that can be controlled.

Much time was spent in rendering to get the right effect.  Here are some formula samples: 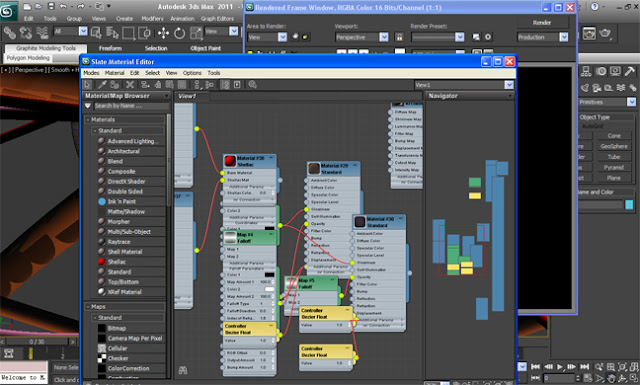 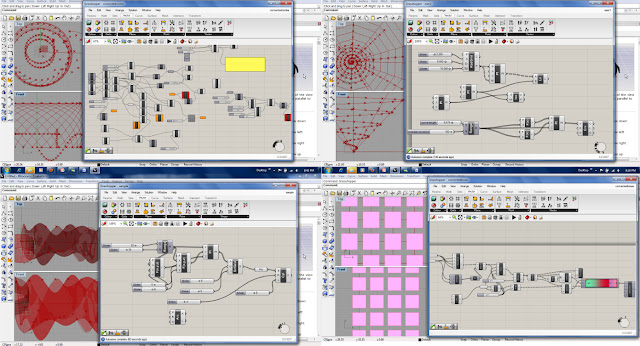